First successful RTE BarCamp on 16 May in Darmstadt 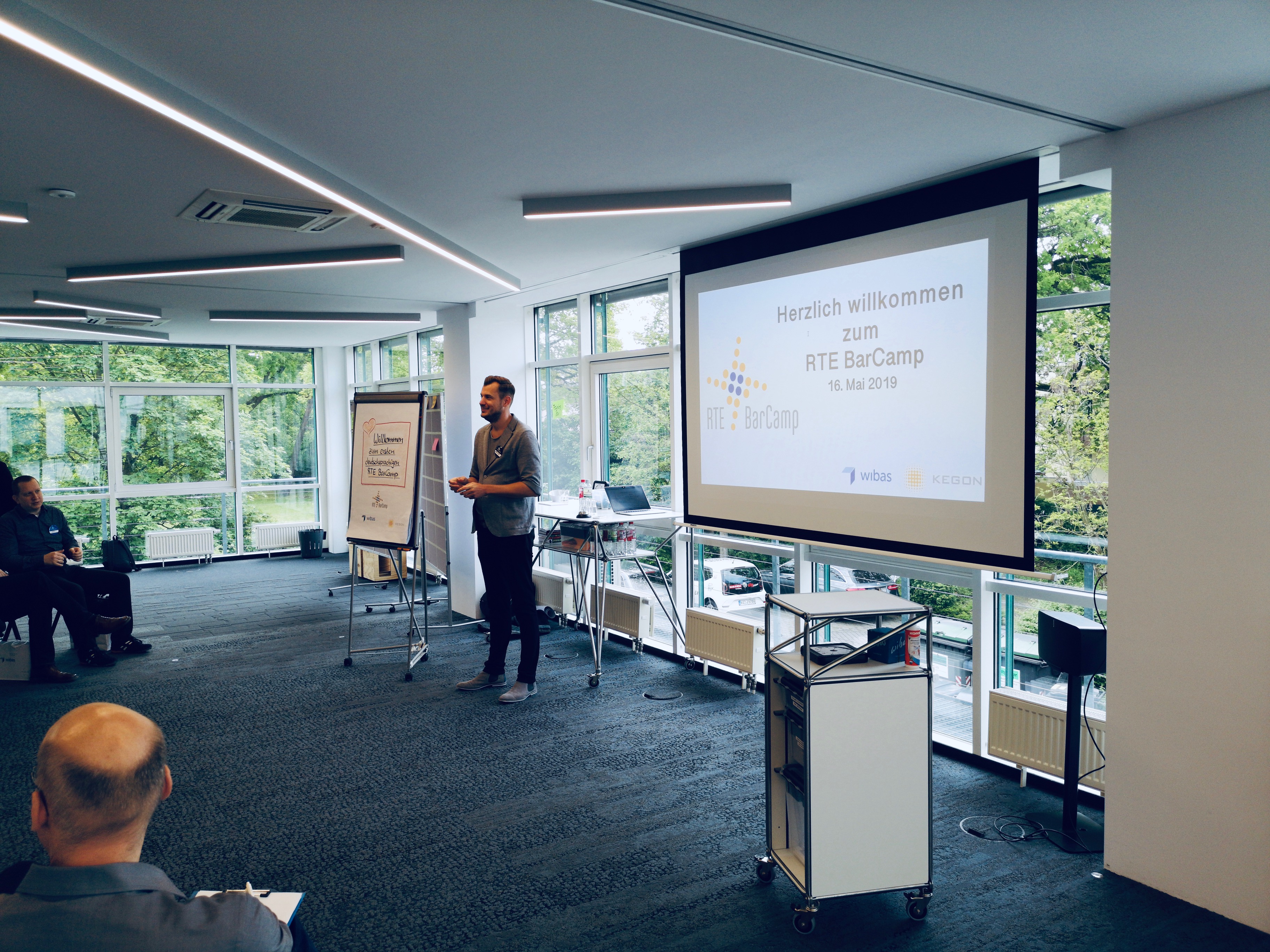 The SAFe® Release Train Engineer plays a key role within an agile transformation: He is the contact person for the teams and stakeholders of an agile release train and is responsible for the planning and implementation of a Program Increment (PI) planning as well as many other cross-team events. He is also responsible for the performance and success of an Agile Release Train in adding value to a company. For an ART, he is what a Scrum Master is to a team. Of course, this complex field of tasks holds manifold challenges, which can only be learned to a limited extent in theory and which make an exchange of experiences between like-minded people very valuable for every active RTE.

KEGONesen and wibasianer have determined during one of their regular meetings that there is no official platform for this exchange, but the need for it exists in any case: The idea for the first official German speaking RTE BarCamp was born!

On 16 May the time had finally come: 45 experts for the Scaled Agile Framework (SAFe) and especially the role of the RTE from all over Germany arrived punctually at 9 a.m. at the premises of wibas GmbH in Darmstadt. As soon as they arrived at the coffee bar, the first shop talk about SAFe and Agile Release Trains began in practice. After the initiators of the BarCamp Matthias Racke (wibas), Felix Rüssel (KEGON) and Manuel Marsch (KEGON) had opened the event, one of the many highlights of the day followed. The first and only German SAFe® Fellow, Dr. Thorsten Janning, gave his keynote speech on "Big Room References" and answered the question of how large corporations succeed in identifying the right topics at portfolio level from hundreds of ideas. Then began the session planning, the actual heart of each BarCamp (as Unconference format). Throughout the day there were 6 time slots and 6 session rooms, i.e. a maximum of 36 possibilities, where the participants could discuss the topics they had brought with them:

- "What does the RTE do during the running PIs?"
- How many coaches does an RTE have to be?
- "How to deal with dependencies?"
- How do you involve external suppliers in SAFe?
- Which SAFe metrics do you use?

"We never thought that the wall would fill so quickly with so many great topics," moderator Matthias Racke was amazed.
The design of the selected sessions was entirely the responsibility of the participants. And so there were sessions in which only one topic was discussed in a discussion round, which even featured graphic works of art on flipcharts in the discussion, and also sessions in which presentations or even live insights into ticket systems or deployment chains were shown using beamers to discuss real data. The topics ranged from test automation, Continuous Delivery Pipeline, DevOps, development paths of an SPC, Gamification, to metrics and leadership topics. According to the BarCamp principle, participants could change or end sessions at any time, but the interest was so great that in the first round of 50 minutes almost all participants stayed with their original session.

After a short breather, the second round of sessions was devoted to new topics that were no less intensively discussed.
Afterwards all participants met for lunch, which was accompanied by lively discussions. After all the bellies had filled, Matthias Racke wanted to find out from which German cities the participants had travelled to the RTE BarCamp. From Berlin to Cologne and Hannover to Munich: There seems to be passionate RTE´s all over Germany.

In the second impulse lecture of the day, SPCT Peter Vollmer from Mikrofocus then reported on his experiences of a Large Solution SAFe® transformation that has now lasted 5 years and illustrated his lecture with all kinds of valuable insights. Shortly after 5 p.m. all participants of the RTE BarCamp met again to vote for the "most valuable session contributions of the day" via dot voting, which were then each awarded with a reference book.

To round off the event, the second moderator Manuel Marsch held a short flash to collect the mood of the participants and current impressions of the day. In addition to much praise for the good organisation and the high-quality ideas and sessions, the participants were immediately asked about the date for the next RTE BarCamp.
"All in all, the first German RTE BarCamp was a complete success for participants and organizers and showed what a great need there is for professional exchange at RTEs and in the SAFe® community, apart from the standard training courses and large SAFe® events (summits).

We are already considering whether - in accordance with the SAFe® concept - we will scale next year and conduct the RTE BarCamp 2020 in a larger location with more than 50 participants," sums up Manuel Marsch.

Agile Requirements Engineering – how agility really starts at the front

Multi-Channel Micro-Learnings as a Success Factor of SAFe®