Agile development over the last 20 years 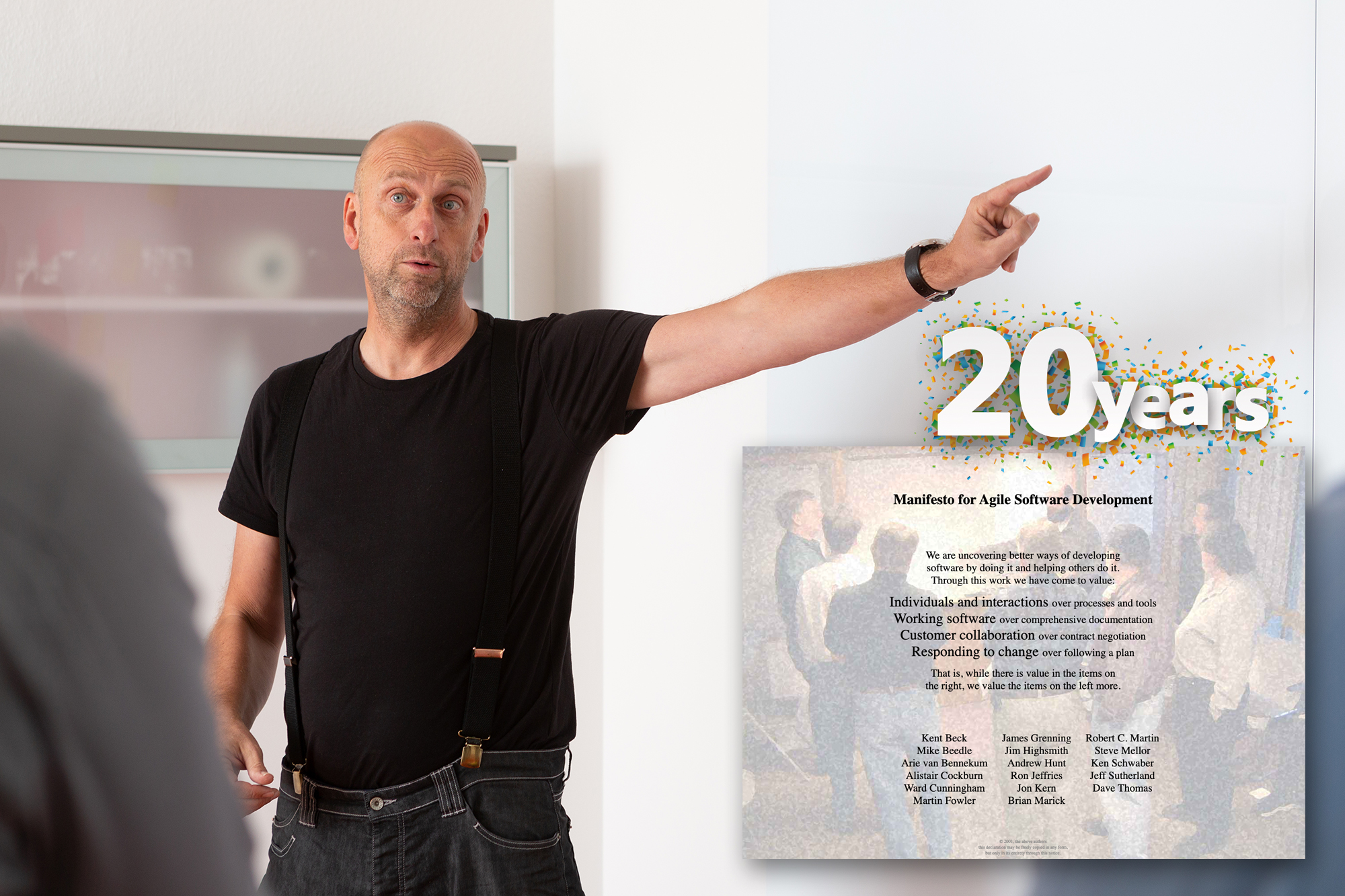 In software development more than 20 years ago, experienced software developers created the basis for agile working with the Agile Manifesto in order to replace previous development processes with long design phases with an incremental approach. On the occasion of the 20th anniversary of KEGON AG, Thorsten Janning looks back on the agile development of the last few years.

20 years ago: The agile manifesto.

Software development before the turn of the millennium essentially felt obliged to the tradition of other engineering disciplines. Complexity was mastered through thorough design phases, data models played a decisive role and were formative for modularised software development, especially object-oriented software development, shaped by programming languages such as C++ or Smalltalk, later also Java. The approach in this generation of software development was typically characterised by a V-model: Analyse, Design, Develop, Test, Integrate and Deliver. Even though the value of incremental working methods had always been highly appreciated by many developers, professional and safety-critical development usually kept its distance.

In this respect, the agile manifesto, written by some very experienced software developers, was a deliberate paradigm, even dogma, break. They consciously questioned the previous professionalism dogmas in favour of fast, flexible and user-oriented development without too much planning, analysis and design phases, which was replaced by more communication and learning. A growing community of convinced agile developers emerged, who organised their work in agile teams. And suddenly software development was again something lightweight that could deliver results quickly.
And of course, the first consulting firms quickly emerged, promising to accelerate the rather sluggish "waterfall" development through agile working methods. And in the course of the first years of our millennium, more and more companies made their first attempts at agile development, even if these attempts were still somewhat pushed into the freak corner by the tone-setting classical software engineer managers. 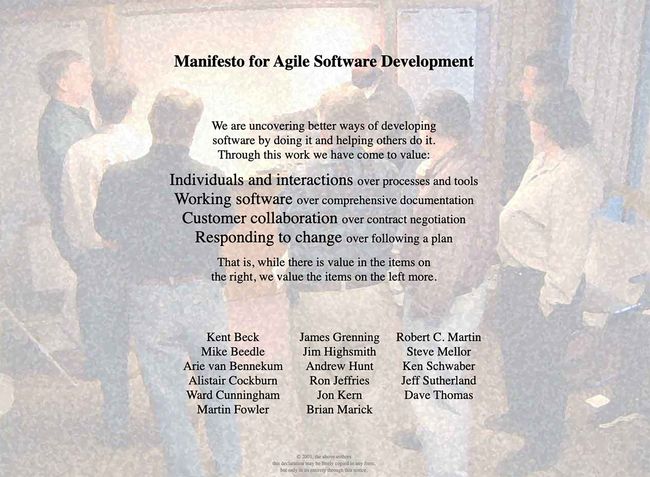 But after the agile teams celebrated more and more successes, especially in areas with unclear requirements or requirements that changed over time, opinions also turned on the executive floors, especially in those of many software houses and internet companies, where agility and reaction speed were critical success factors. From 2010 onwards, agile organisations grew larger, either because agile organisations grew because of their success, or because larger and larger organisations ventured into agile. Scaling agile was on the agenda of many organisations, but agile schools of thought were also increasingly concerned with it. In the years leading up to 2020, the Scaled Agile Framework© became established in the market as a quasi-standard. And with this framework, even traditionally more conservative organisations such as banks and insurance companies ventured into agility. Even for industries that developed complex hardware-software systems, such as German automotive and automotive supplier companies, the scaled agile approaches provided the necessary support even in regulated industries such as medical technology.

Since 2019, business agility has now increasingly come to the fore. Even if there is no uniform understanding of it, then all interpretations have in common that it is about transferring the principles of agility from the development areas to the other business areas and the overall management of the company. In addition to an agile strategy process, agile organisation in areas of production, service, sales or even services is then on the agenda. In these areas, there are still no or only rudimentary framework approaches. Therefore, we can be curious about the development. The agile story is obviously not over yet!

About the author:
Dr. Thorsten Janning holds a degree in mathematics and has been working in the IT industry since 1990. As a co-founder of KEGON AG (in 2002), he is a partner and was a board member of KEGON AG until the end of 2017. Thorsten Janning is one of the first European SAFe® Program Consultant Trainers (SPCT) and the first German SAFe® Fellow, making him one of the most experienced and distinguished agile consultants in Europe.